This study is practical about the question it poses. Given the volume of publications on "prefrontal cortex" in mice and rats (Figure 1 of Laubach et al., 2018), it is alarming that there is so much disagreement about which areas comprise the prefrontal cortex in rodents. A common area of controversy arises from asking the question "do rodents have prefrontal cortex?", which focuses on whether they have frontal cortical areas that are anatomically or functionally homologous to specific prefrontal areas in humans and nonhuman primates – typically the dorsolateral prefrontal cortex. But the prefrontal cortex contains many subregions other than dorsolateral, so by applying comparative anatomical criteria to the rodent prefrontal cortex, it is possible to improve the understanding of the functional specialization of the rodent prefrontal cortex and how this might be instructive about human brain function. This framework helps move behavioral and cognitive neuroscience forward by setting the stage for studies in rats and mice using technological approaches uniquely possible in those species, with appropriate constraints on how these studies can be extrapolated to human brain function. This allows experimental work in multiple species to address questions best suited for those species (Figure 2 of Laubach et al., 2018) and avoiding pointless dogma about whether or not rodents have prefrontal cortex at all, or declarations that experiments in one species can fully substitute for experiments in another. 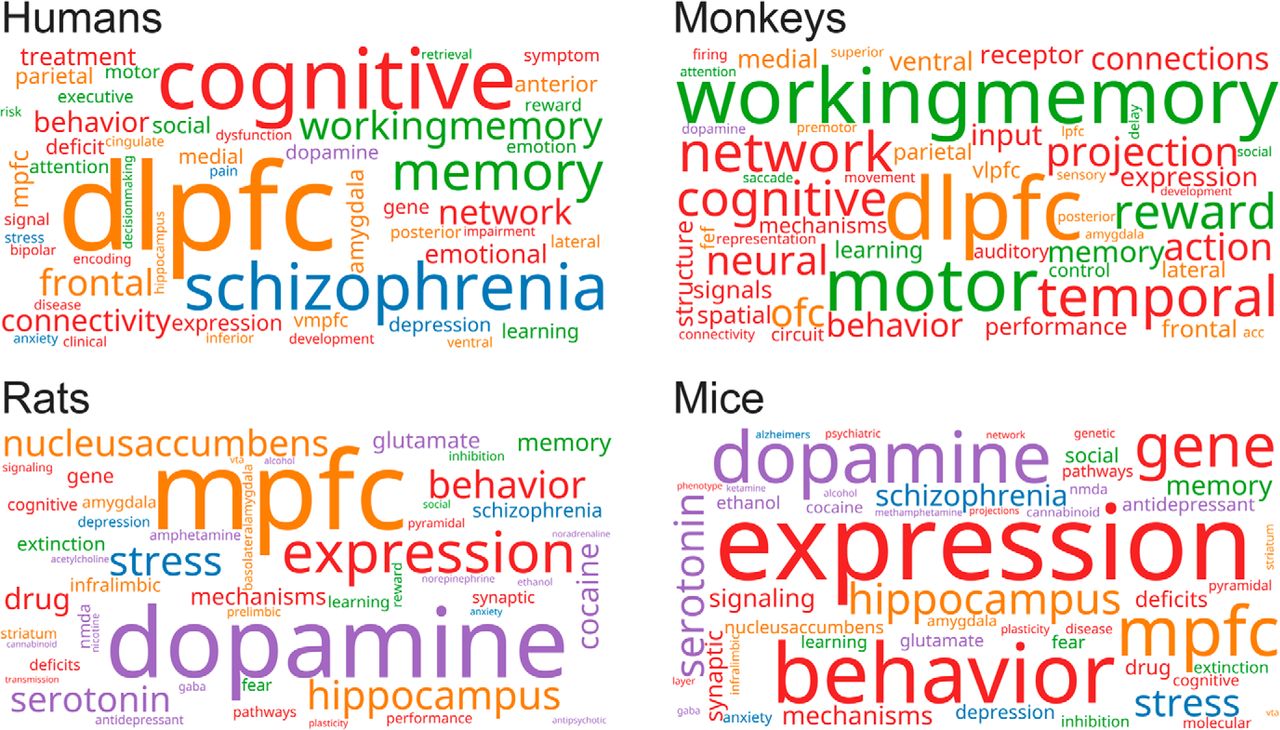 Figure 2: Research focus of prefrontal publications. Word clouds with functional color grouping for papers published on the PFC of mice, rats, monkeys, and humans since 2000. Pharmacological terms are purple. Anatomic terms are orange. Terms associated with diseases and other medical conditions are blue. Psychological constructs are green. Other terms are red (Laubach et al., 2018.)