Benjamin M. Seitz, M.A. is currently a PhD student at University of California, Los Angeles. Follow them on Twitter @benjamin_seitz

What makes an animal eat? The dominant model has been that of a homeostatic regulatory system that signals to an organism that it is nutrient deprived and should thus consume more food. There is no doubt such a system exists, but it is increasingly coming under scrutiny. For instance, if we simply eat because we have detected a lack of nutrients, why do people overeat during meals or eat when they are not nutrient deprived? Clearly, there are other motivating factors that stimulate people to initiate eating bouts.

Using optogenetics, a technique that allows for precision in temporarily inactivating brain regions, the authors were able to separately inactivate dorsal (dHC) and ventral (vHC) hippocampus (Figure 1) before, during, or after consumption of a meal (Figure 2). These brain regions were selected as they are involved in memory consolidation. The authors used a rigorous within-subjects design in which both the dHC and vHC were separately inactivated in each rat at each timepoint relative to the first meal. This generated seven experimental conditions: no inhibition, inhibition of dHC or vHC before, during, or after the first meal.

This effect was found when the first meal consisted of a sucrose solution, standard chow, or saccharin, a sweet substance that lacks calories. This latter finding is important because it suggests that the inhibition disrupted memory rather than the ability to sense calories. Therefore, understanding the factors that affect memory consolidation following a meal could potentially be used as a target for clinical intervention. 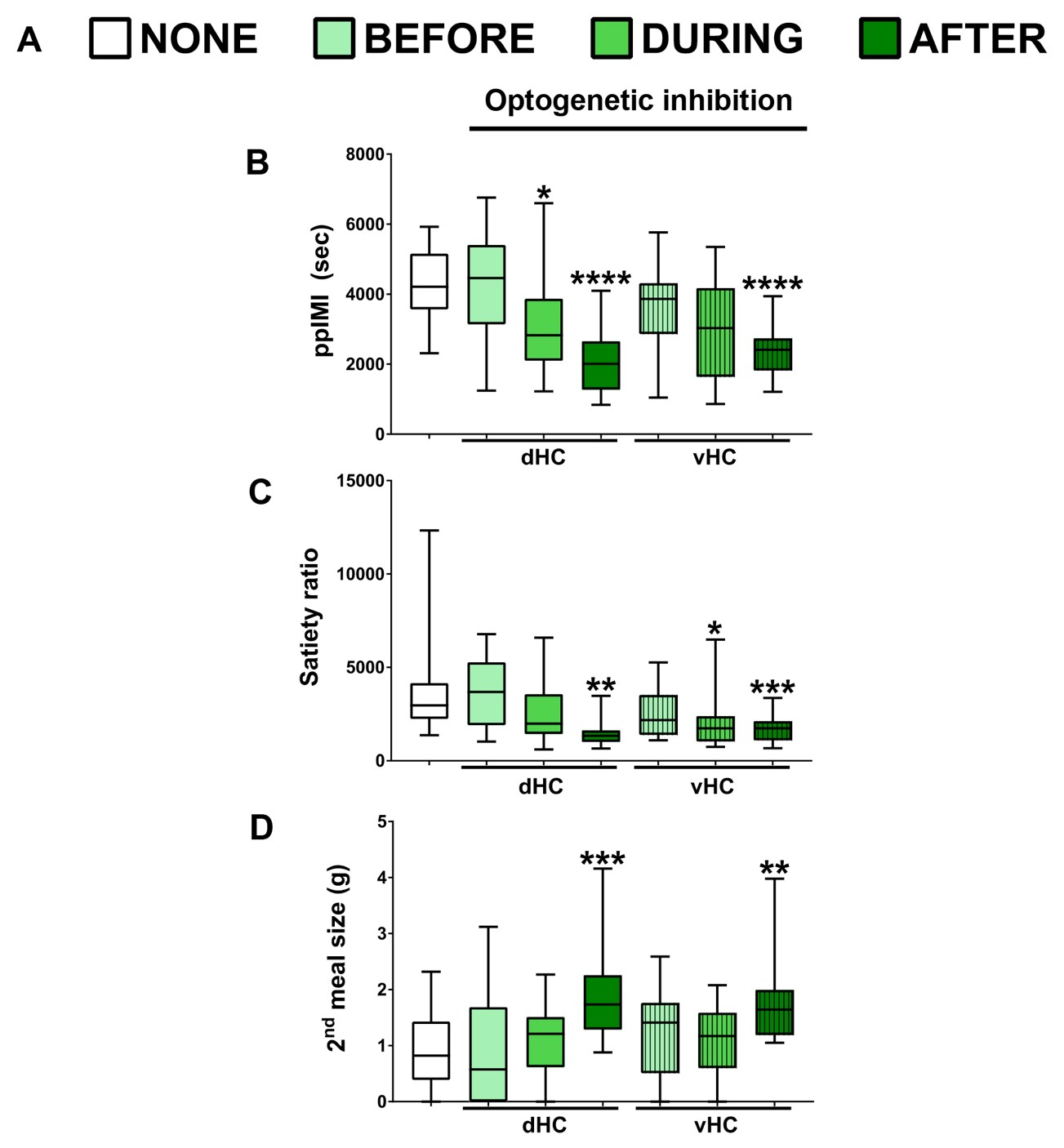 Figure 3.Timeline of optogenetic inhibition and effects on subsequent food consumption. (A) Experimental conditions. (B-D) Postmeal inhibition of dHC or vHC shortened the postprandial intermeal interval (ppIMI) (B), reduced the satiety ratio (ppIMI/size of first meal) (C) and increased the amount of food consumed during the 2nd meal (D). Asterisks indicate statistical significance compared to a day in which rats were attached to the laser but not given inhibition (i.e., NONE). (Adapted from Figure 4 in Hannapel et al. 2019)