Beyond the Paper: A Conversation with Dr. Emanuela De Falco

Working memory (WM) capacity is altered in psychiatric disorders, including schizophrenia. In their eNeuro publication, De Falco, An, and colleagues describe activity states of neurons in the medial prefrontal cortex (mPFC) that occur while rats perform the odor span task (OST) that assesses WM capacity. The OST is an incremental nonmatching-to-sample task in which rodents are required to dig for food rewards in scented bowls. In successive trials, each rodent must identify a novel odor and dig to receive a food reward. With each successive trial, a new odor bowl is added, while the previous odors are rearranged pseudorandomly. OST continues until the rodent fails to dig in the novel bowl. The authors examined neural activity patterns in mPFC populations and found dynamic and flexible activity patterns during different epochs of the task (i.e., the delay period, foraging, reward collection, and after making errors). These findings bolster contemporary theories of the mPFC exhibiting metastable dynamics in complex environments. Disruptions in these dynamics may underlie some cognitive symptoms of schizophrenia, including reduced working memory capacity. 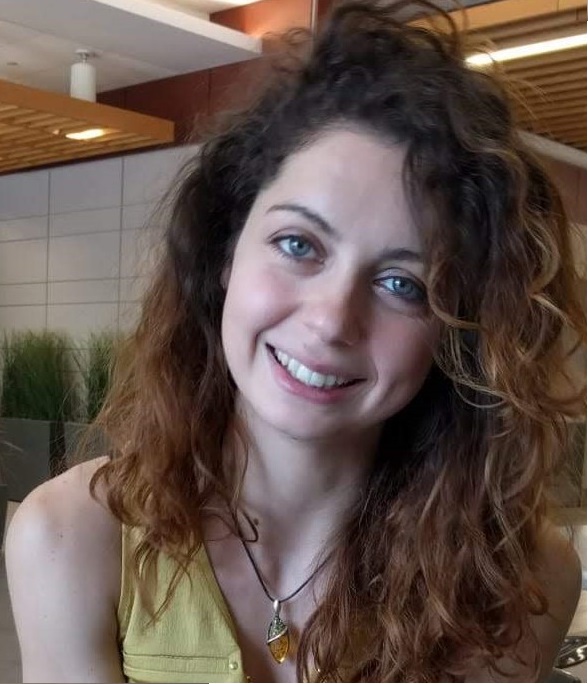 RC: How did you become interested in this particular line of research?
EDF: “This eNeuro paper arose from a collaboration between the labs of my postdoctoral advisor, Dr. Christopher Lapish (Indiana University-Purdue University [IUPUI], Indianapolis, IN), and Dr. John Howland (University of Saskatchewan, Saskatchewan, Canada). The Lapish lab has expertise in electrophysiological recordings of brain areas that perform computations for various cognitive functions, such as working memory and attention. In particular, the Lapish lab has a lot of experience with awake behavior recording in the mPFC and advanced analysis of neural data. The Howland lab has expertise performing electrophysiological recordings in the mPFC and other brain structures that are involved in psychiatric illnesses. The Howland lab uses behavioral tasks that examine cognitive functions, such as working memory that is altered in neurological disorders such as schizophrenia. My bachelor’s and master’s degrees are in physics, but I switched to neuroscience for my PhD. In my doctoral research at the University of Leicester (UK), I performed single neuron electrophysiological recordings in the hippocampus of awake patients. Subsequently, I wanted to learn animal electrophysiology as it is a broad field; I wanted to record neuronal populations related to behavior. My doctoral training helped me to transition to this project in the Lapish lab as I knew how to process electrophysiological data.”

What were your expectations regarding the outcome of the experiments?
“Research by the Howland lab had already shown that the mPFC is involved in the OST, but the neural basis was unknown. This study is the first characterization of neural activity in the mPFC in rats performing the OST. From research by Chris’ lab and others, we knew that optimal WM performance is accompanied by populations of mPFC neurons tracking the various task requirements (e.g., epochs and rules). We also knew that elevated neural activity would occur during the delay epochs of the task, which is the time during which the rats have to retain memories of the previously encountered odors. Apart from that, we did not know what to expect. In total, we analyzed the neural activity of 382 neurons; we compared neural activity during both optimal and suboptimal performance in the task. Performance was characterized as “low span” (fewer than 12 odors remembered) and “high span” (12 or more odors remembered) – span length refers to the number of trials successfully completed. We identified the most prominent patterns of neuronal population activity and classified neurons based on their specific activity profiles.”

Why is this eNeuro paper an important contribution to the field?
“The results show that the same neuronal population in the mPFC encodes different aspects of the task such as encoding performance, novelty, and errors (digging in a bowl that contains a familiar odor). Supported by other studies, these results indicate that mPFC activity is not limited to the maintenance of WM. Instead, shifts in the activity of mPFC neuronal populations facilitate the maintenance of information across transitions, such as the transition from the delay period to foraging, or from foraging to reward. As expected, we observed persistent mPFC activity during the delay period. However, we found that performance of the task was also encoded, such that neural activity differed when rats were performing poorly in the task versus better performance. Not all neurons were equally involved in performance tracking. A specific neuronal population tracked performance. Based on the shape of spike recordings, we identified interneurons. The activity of interneurons contrasted with the activity of pyramidal neurons, as they were only active after the delay. We interpret that the activity of these interneurons stimulates foraging behavior. During foraging, we observed robust neural activity when the rat was approaching a novel odor, but weak activity when the rat was approaching a familiar odor. This was surprising as the mPFC is traditionally considered in an inhibitory capacity, but we found that the activity of mPFC neurons was involved in action signals. Neural activity associated with approaches and initial digging on correct and incorrect trials did not differ. Interestingly, neural activity patterns diverged following an error, possibly representing the encoding of an error signal in some mPFC neurons. However, we did not observe neural activity that was predictive of an error. Understanding how neural activity in the mPFC supports WM tasks is important because we can then look at situations in which WM is impaired. Determining the neural patterns associated with WM impairment could have important implications for related neurological disorders.”

What were the challenges and advantages in conducting a collaborative project between two labs?
“Co-first author Dr. Lei An performed the experiments in the Howland lab and pre-processed the recorded data. In the Lapish lab, we processed and analyzed all of the data. So the data collection and analyses were separate processes. Nonetheless, the close collaboration meant that we had to be very organized – we held regular meetings via Skype to discuss the results. It was a more challenging scenario than having all the researchers together would have been, but it was also a great experience because it gave me the opportunity to learn so much. I benefited from the expertise from both labs and mentoring from two advisors. As my postdoctoral advisor, Chris encourages me to explore new areas of research and to develop new experimental skills. In this project, both Chris and John have been very supportive, introducing me to other researchers, supporting me to attend conferences and summer schools. This type of mentorship is very important for a young researcher.”

How was your experience with the eNeuro review process?
“John and Chris had previously had good experiences with eNeuro, and we really like the journal. I love that eNeuro is open access and that we receive one consensus review. The format of having the reviewers’ comments as one consensus review is very useful because sometimes reviewers’ comments can be quite similar yet require individual responses. Responding to one review saves time and makes it easier for authors. The only difficulty was deleting the references for the double-blind review, but I think having the double-blind review process is fair. From my point of view, the review process went really well and was fast.”

Have you received any feedback from other researchers about this study?
“I have presented the work from this paper on a couple of occasions, such as the Society for Neuroscience annual meeting last year. I also gave a talk recently at the Society for the Quantitative Analysis of Behavior conference in Chicago. Many people liked the study and were interested in potentially applying the methods of data analysis to their experiments. I was happy by this level of interest; it is very important that, as a community, neuroscientists can share techniques and code. The field of cognitive dysfunction and susceptibility to psychiatric illness is so big that we need to collaborate to combine behavioral studies and complex data analysis. We need the perspectives of others who are outside our immediate areas of interest.”

“It is very important that, as a community, neuroscientists can share techniques and code…We need the perspectives of others who are outside our immediate areas of interest.”

What are your future research goals?
“I am interested in the dynamics of neuronal networks that underlie memory and prefrontal cortex activity. I would like to investigate the consequences of circuitry malfunction in addiction and other neurological disorders. I would like to develop new analysis methods to look at the activity of neural populations; I believe it is very important to have different approaches to analyze complex behavior from a neural population point of view. A combination of approaches helps to understand better how brain regions encode information and performance in WM tasks. Developing new analysis methods is important because we can record the activity of neuronal populations but we can also create new ways to handle these large data sets and how to summarize complex behaviors in terms of neural activity.”