Beyond the Paper: A Conversation with Munjal Acharya and Charles Limoli

As NASA prepares for a mission to Mars, concerns regarding the health risks associated with deep space radiation exposure have emerged. Until the recent eNeuro publication by Acharya, Baulch, Klein, and colleagues, the impacts of radiation exposure had only been studied in animals after acute exposures, using dose rates ∼1.5×105 higher than those actually encountered in space. Using a new, low dose-rate neutron irradiation facility, the authors uncovered that realistic, low dose-rate exposure produces serious neurocognitive complications associated with impaired neurotransmission. Chronic (6 month) low dose (18 cGy) and low dose rate (1 mGy/d) exposure of mice to a mixed field of neutrons and photons resulted in diminished hippocampal neuronal excitability and disrupted hippocampal and cortical long-term potentiation. Furthermore, mice displayed severe impairments in learning and memory and the emergence of distress behaviors. Behavioral analyses showed an alarming increase in risk associated with these realistic simulations. This NASA-funded study reveals for the first time, some unexpected potential problems associated with deep space travel that could affect all levels of neurological function. 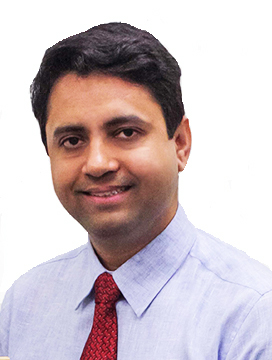 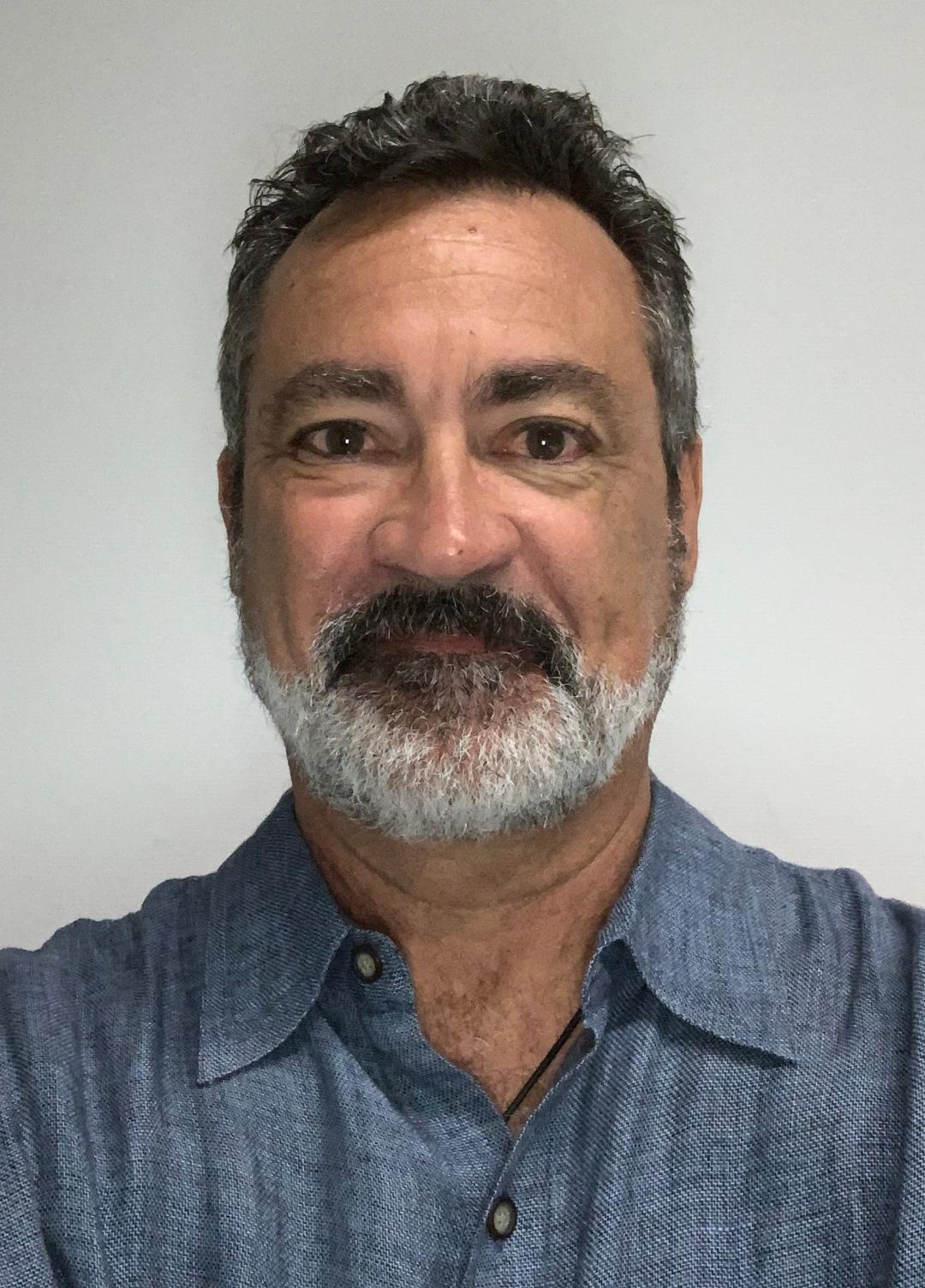 Munjal: “We are investigators in one of the three NASA Specialized Centers of Research (NSCOR) throughout the U.S. that study space radiation research. Dr. Limoli is the Director of the NSCOR at the University of California at Irvine that investigates the neurocognitive risks of radiation exposure. In the past, we have examined the molecular mechanism of space-related CNS damage using acute single-ion exposures that reflect much higher doses of radiation than what would be encountered during deep space travel. Also, the acute exposure paradigms did not address the typical duration of space missions, which could be six months or longer. Colorado State University (Fort Collins, CO) opened a NASA-funded neutron facility that enabled us to expose mice to space-relevant dose rates for six months. Therefore, we considered this a one of a kind experiment.”

Charles: “I have been doing radiation-based research for over 25 years. I first collaborated with NASA about 20 years ago in relation to carcinogenesis and normal tissue injury. We have published about 15 papers on the effects of radiation on the brain. What is noteworthy about this publication is that it is the first study that examined the effects on the brain of low dose (18 centigray) and low dose rate (1 milligray per day) radiation. In oncology clinics, therapeutic radiation tends to be delivered at a much higher dose than what astronauts would be exposed to on a mission. In space, radiation comes primarily from the sun, galactic cosmic rays, and energetic nuclei such as hydrogen or iron. These energy influences are complex and difficult to simulate on earth. However, using the new NASA-funded Colorado facility, we were able to expose rodents over a long period to a natural radioactive isotope of Californium. This type of extended exposure is not possible in an accelerator-based facility, such as the Brookhaven National Laboratory (Upton, NY), where most NASA-related radiation-based research is performed.”

What were your expectations regarding the outcome of the experiments?

Charles: “The magnitude of the effect of low dose-rate radiation exposure was surprising. We expected that we would replicate many of our published findings that used radiation dose rates about 400 times higher than that used in the current study. Dr. Acharya, Dr. Baulch, and Dr. Klein have been instrumental in demonstrating, at electrophysiological and behavioral levels, that a chronic low dose radiation rate can be equally problematic as the same dose delivered at more acute rates. The data showed that in the brain, a chronic low dose radiation rate did result in adverse structural and cognitive effects. I do not know how to scale our findings from rodents to humans. But my colleagues and I routinely see almost every type of behavioral task impaired by radiation exposure, which suggests that astronauts are at a heightened risk for developing mission-critical performance errors. We saw evidence for radiation-induced learning impairments and the emergence of stress behaviors. There may also be an increased risk for developing neurodegenerative conditions once astronauts return to earth.”

“Space mission policies have to be based on properly powered studies in rodents using tests that can translate well to humans…Until now, only the Apollo astronauts have been exposed to the type of radiation that we mimicked in this study.”

Munjal: “We used whole-body radiation exposure, so we were not limiting ourselves in terms of the brain regions on which we would focus. To delineate which brain areas could be affected by chronic radiation exposure, we used a battery of behavioral tests that we had optimized in our lab. Using this battery, we were able to specifically identify brain regions, such as the hippocampus, amygdala, and prefrontal cortex, that were affected by radiation exposure. On a behavioral level, we found radiation-induced alterations in sociability, anxiety, fear extinction memory, and novel object recognition. We also used whole-cell electrophysiology and extracellular field recordings to show that brain regions implicated in the behavioral deficits also exhibited alterations at a cellular level. Therefore, we showed that chronic low dose rate exposure to neutrons globally affected brain function, ranging from cellular function to behavioral defects that could compromise cognitive processes in astronauts, such as learning and memory.”

Charles: “Radiation risk is traditionally associated with cancer induction, for example, during occupational exposure. Radiogenic cancers can take decades to form, so cancer is not a proximal endpoint in relation to the timing of a space mission. A concerning proximal endpoint is the unknown cognitive defects that could impact astronauts while in space. In radiation biology, there has been a long-standing notion that acute, low dose rates of radiation will not cause adverse effects in the body because any damage will be mitigated by DNA repair mechanisms. Such low dose rates reflect experimental, rather than therapeutic conditions because anti-cancer treatments typically use acute high doses. However, I have argued for a long time that because neurons are predominantly post-mitotic, DNA repair mechanisms will not rescue the harmful effects of radiation exposure, in contrast to proliferating tissues. The findings of our study were completely counter-intuitive to what one would expect from traditional concepts in radiation biology, which is why this study was so crucial. Space mission policies have to be based on properly powered studies in rodents using tests that can translate well to humans. Extrapolating rodent data to human relevance is important because all that we know about radiation exposure in humans comes from clinical settings with many different variables, such as tumor type, radiation treatment type, dose, and duration. Until now, only the Apollo astronauts have been exposed to the type of radiation that we mimicked in this study.”

How was your experience using estimation statistics for your analyses?

Munjal: “The review process was very rapid. What I particularly found different for eNeuro as a journal is that the Reviewing Editor is very involved with the process. Rather than just passing the manuscript to the reviewers, the Reviewing Editor compiles a consensus review that we do not typically see when we submit papers to other journals. This adds a personal touch to the review process, in which the editor becomes scientifically involved in the manuscript.”

Charles: “In general, I feel that radiation studies are somewhat esoteric and too specialized for some neuroscience journals. So, we always trying to stimulate interest in our work in fields outside of radiation oncology; at times, it is challenging. But I got the impression that the eNeuro Editor-in-Chief is in favor of publishing science that is done well. The eNeuro review process was transparent and professional, and I would submit a manuscript to eNeuro again.”

Have you received any feedback about this study?

Charles: “I have received supportive critiques from my peers, interest from the lay audience, and I have been interviewed by CNN and the BBC. People are asking whether the results of this study constitute a deal-breaker for the space program. It is important to note that NASA funded the construction of the Colorado facility to specifically address the question of radiation dose rate to minimize the uncertainty of space travel. People may have concerns that the type of neutron exposures we used do not mimic those in space. However, the purpose of the study was to examine the effects of chronic lose dose rate radiation exposure, rather than model the specific neutron exposures that occur in space. Having said that, the type of neutron exposures we used was a good surrogate form of the fragmentation products of galactic cosmic radiation that collide with the shielding material of spacecraft. If we are going to leave the solar system, radiation is going to be one of the most difficult problems that we have to solve. The radiation doses we would receive are 600 times the doses administered in a radiation oncology clinic—just to go to the closest star system. We need to learn what the consequences are of deep space travel and what the best shielding opportunities would be.”

Category: Beyond the Paper
Tags: Neuroscience Research, Disorders of the Nervous System