As described by Dr. van Swinderen and colleagues: The muscles of the larval fruit fly are innervated by two types of motoneurons: 1b and 1s. The synaptic boutons of these neurons (shown in red) can be seen in the image. 1b boutons are larger and have more release sites (shown in green) while 1s boutons are smaller and have fewer release sites. This study found that not all release sites are active in 1b boutons, whereas most are active in the smaller 1s boutons.

The Drosophila neuromuscular junction can be used to study the effects of general anaesthetics on synaptic release. The intravenous anaesthetic propofol decreases the number of active sites proportionally by half in 1b and 1s boutons, without affecting release probability of remaining active sites. 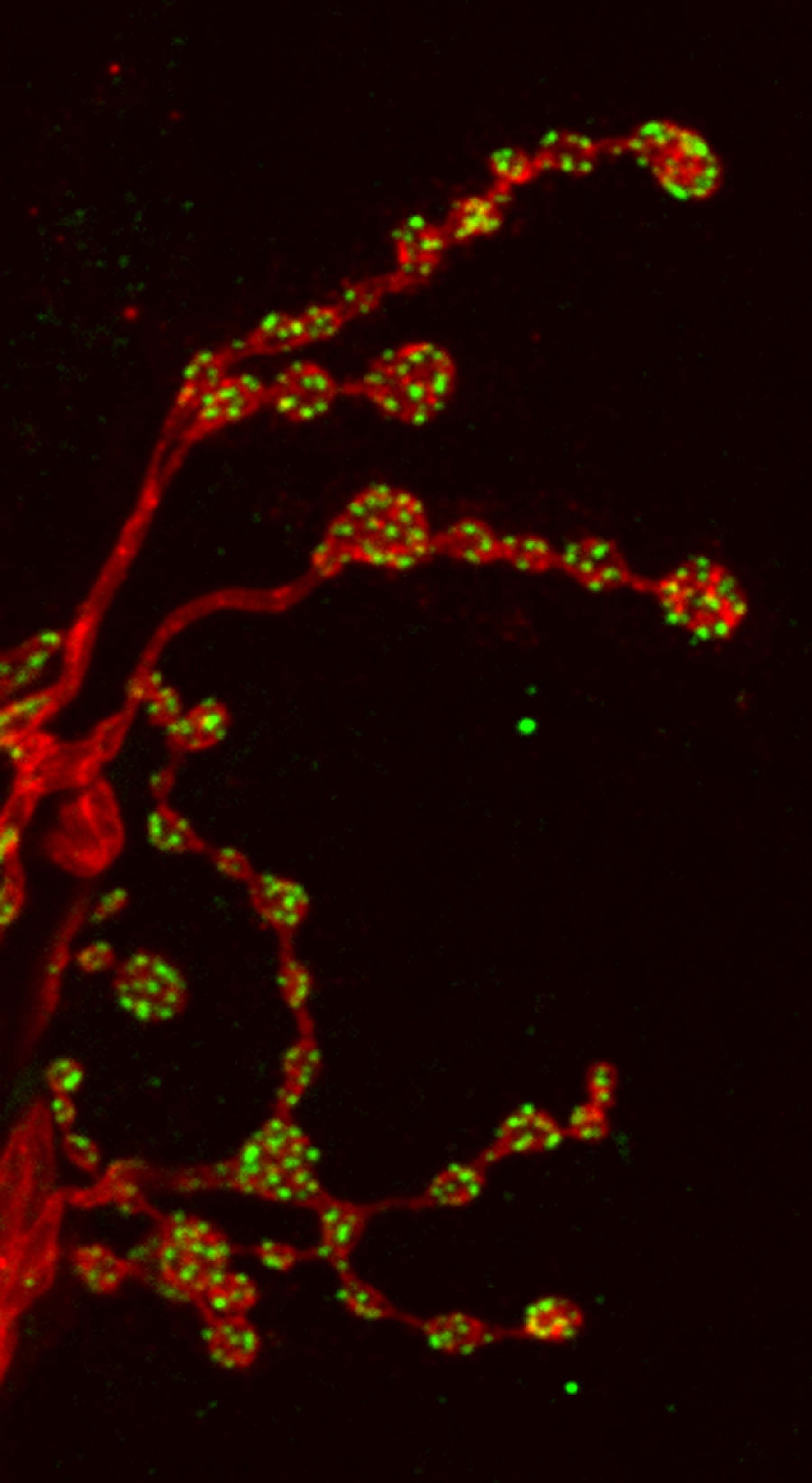