As described by Dr. Martineau and colleagues: This image shows motor neurons in the ventral horn of the spinal cord of an ALS mouse model. These neurons were stained using two different markers (ChAT in red and NeuN in blue) to distinguish disease-vulnerable (red and blue) and –resistant (red-only) motor neuron subtypes.

This approach was used to directly measure neuronal loss in animals in which the axon of single motor neurons, genetically labeling by the green marker (YFP), were imaged in vivo during disease progression. Two of such labeled-neurons can be seen in the center of this image in green, surrounded by other untagged motor neurons. This staining also reveals descending axonal projections from higher brain areas, such as the motor cortex, seen as green filaments in the white matter (left-hand side of the image). 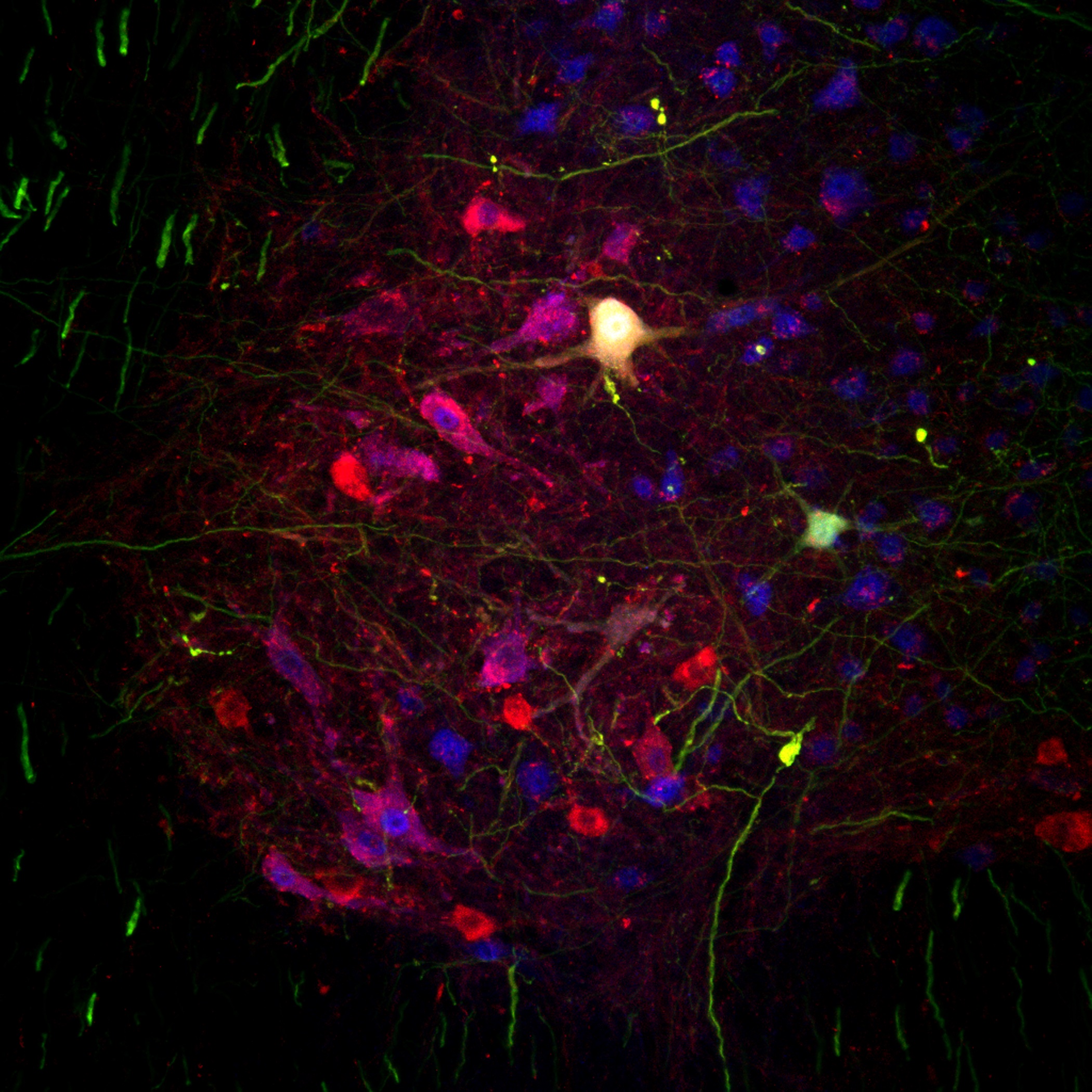 This image was obtained from 10μm-tick lumbar spinal cord sections, stained with antibodies against NeuN and ChAT and imaged with a confocal microscope at 20x magnification.