As described by Dr. Smith and colleagues: this image shows an interneuron migrating on a monolayer of cortical feeder cells in an in vitro co-culture assay. The co-culture was fixed and stained for green fluorescent protein (green) to label interneurons, doublecortin (red) to label cortical cells, and Hoescht (blue) to label all nuclei. The interneuron has extended an unbranched leading process tipped with a fan-shaped growth cone (right).

In order to engage in directed migration, interneurons must sense and respond to guidance cues located in their environment. Branching of interneuron leading processes help to steer migrating interneurons towards their intended targets, while nucleokinesis, or movement of the cell body into the leading process, propels migrating interneurons forward. As described in their paper, these two cellular behaviors are coordinated by the c-Jun N-terminal kinase pathway, an intracellular signaling pathway critically involved in brain development and function. Elucidating mechanisms underlying directed neuronal migration is vital to understanding how the fetal brain develops normally, and how perturbations to this process can lead to severe neurological disorders. 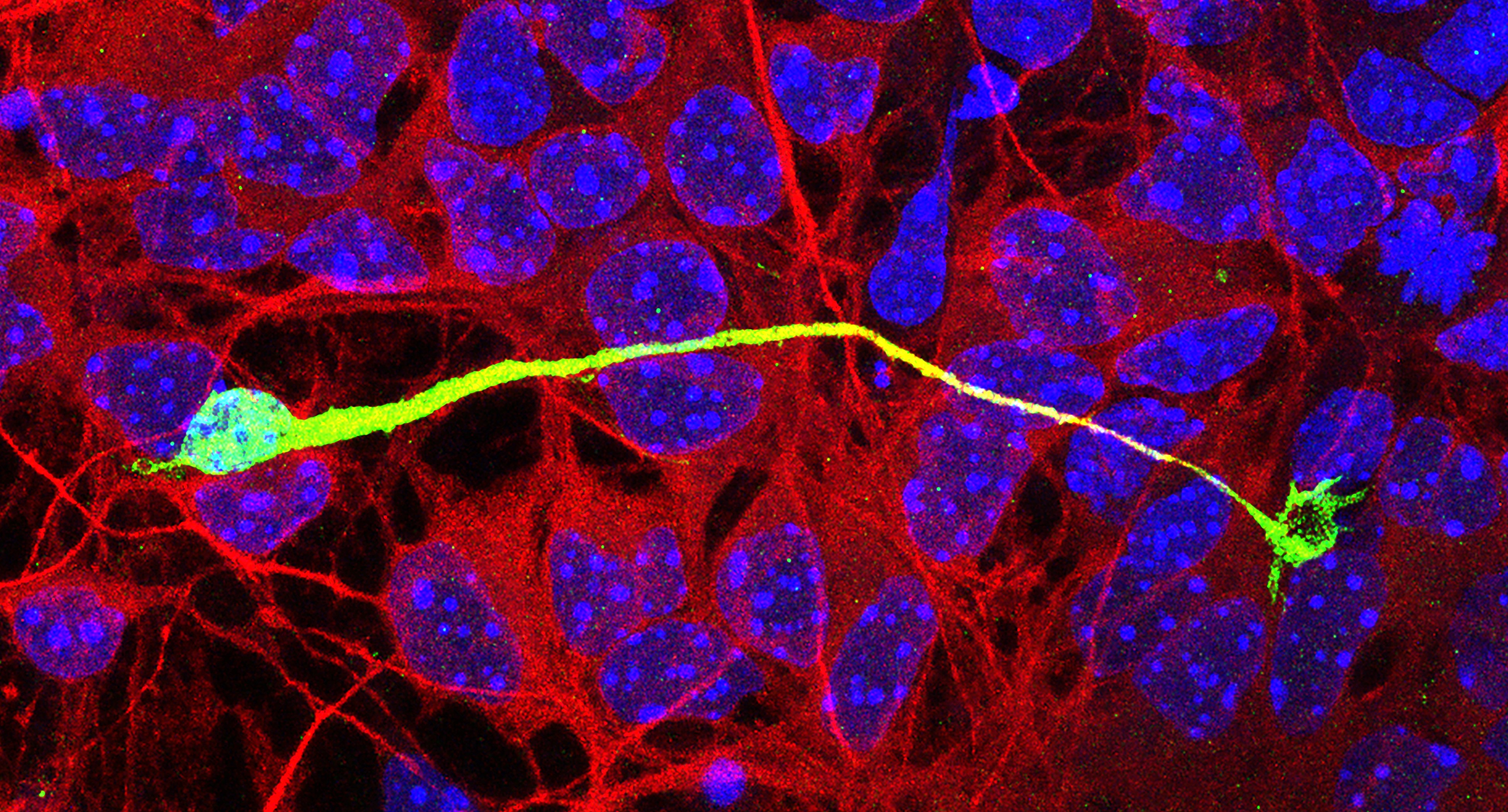