As described by Dr. Izumi Sugihara and colleagues: this image shows Purkinje cell clusters in the mouse cerebellum at embryonic day 17.5 (E17.5). The image is from one of the many 40 µm-thick serial coronal sections of the cerebellum, at the rostral level, showing several immature lobules of the hemisphere, paraflocculus and flocculus, and the immature lateral nucleus. Epifluorescent signals of immunostaining for marker molecules of early Purkinje cells, EphA4 (red), Pcdh10 (blue), and FoxP2 (green), have been merged.

Heterogeneous Purkinje cell subsets with specific molecular marker profiles form distinct clusters. In this image, the two neighboring PC clusters in the flocculus (magenta=red+blue in the bottom) and paraflocculus (green, above the flocculus cluster) shown in the left bottom quadrant make a clear distinction. Purkinje cell clusters show remarkable differentiation (division, separation, migration, and change in the molecular expression profiles) between E14.5 and E17.5 in the mouse, as revealed by their study. The complicated adult cerebellar organization, such as represented by the dual somatotopy, of the adult cerebellar cortex can be tracked from the embryonic differentiation process of the PC clusters. 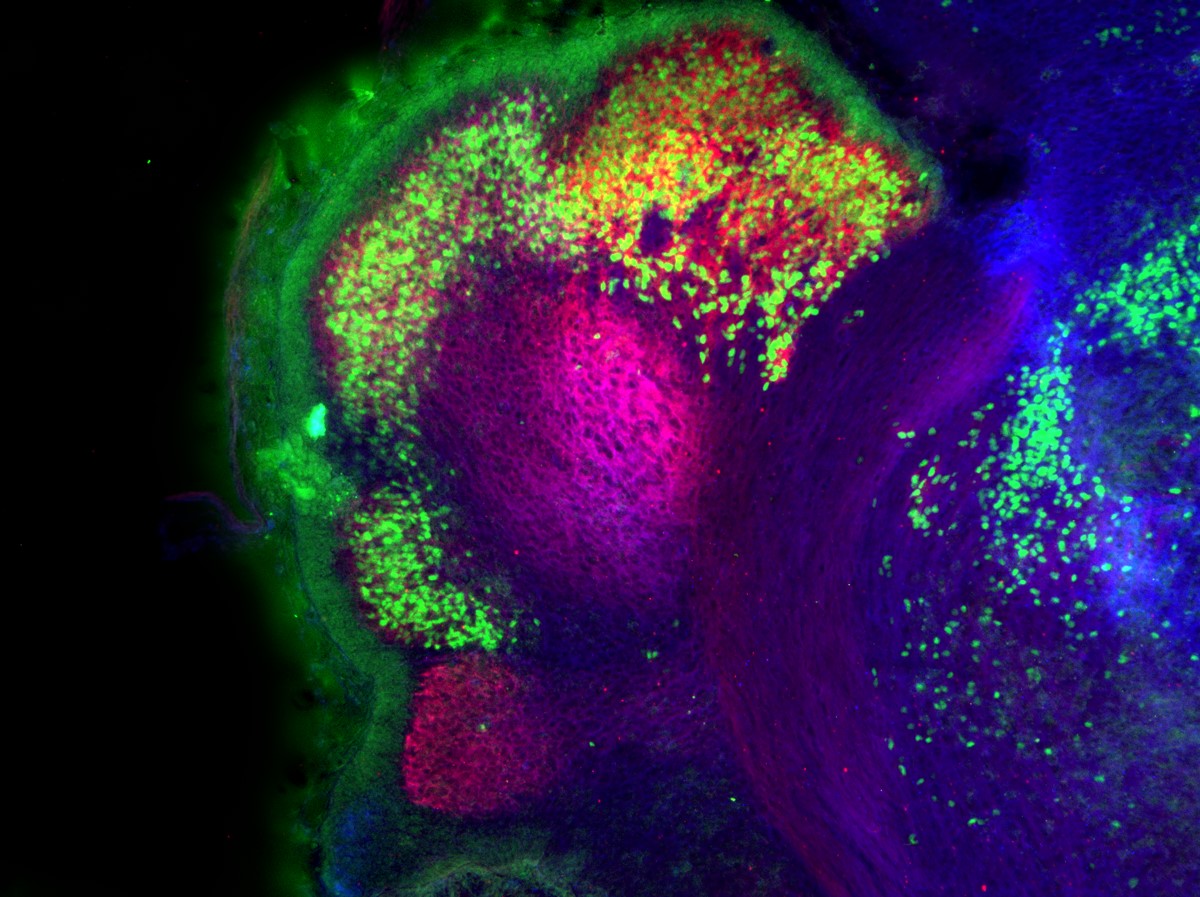 This image was captured with a Zeiss AxioImager.M2 using an EC Plan Neofluar 10x/0.3 M27 objective.