As described by Dr. Østergaard and colleagues: The image shows a section of the rat striatum stained for human wildtype (hWT) α-synuclein and exposed using DAB. α-synuclein is present intracellularly in the nigrostriatal projections.

In this rat model of Parkinson’s disease, rats had adeno-associated virus carrying hWT-SNCA, injected into the substantia nigra of the left hemisphere. Ten weeks after the injection, the expression of α-synuclein is considered to be fully developed. The α-synuclein is not only present in the somas, but also in the projections to the striatum and the superior colliculus of the same hemisphere, as the injection. The unilateral presence of α-synuclein in the striatum, is causing an asymmetry in the use of the front paws: the rat will use the paw contralateral to the injected hemisphere, less than the paw ipsilateral to the injected hemisphere. 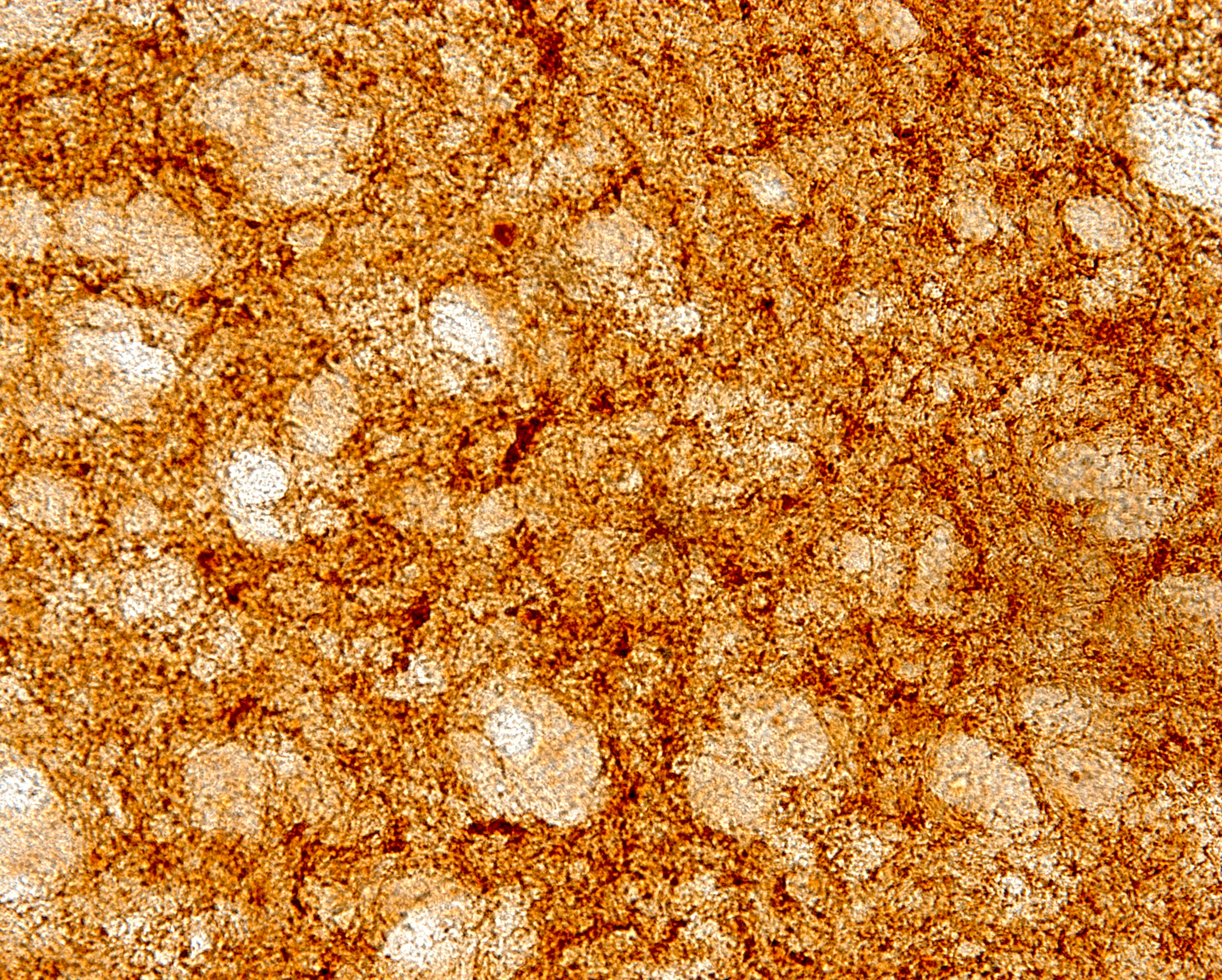 This image was captured at 40x magnification of a 40µm-thick serial coronal section of the rat brain, using the axio scope A1 light microscope from Carl Zeiss Microimaging.