As described by Drs. Heckscher and Marshall: This is an image of the developing CNS in a Drosophila embryo. Five similar segments are shown with anterior (head) to the left. Red marks nerve bundles that run, unbroken along the anterior-posterior axis and that exit the CNS at the top and bottom of the image. Magenta shows Even-skipped (Eve) protein expression in a subset of medial neurons. Eve is a nuclear localized transcription factor, and for scale, each cell body is about 5 microns in diameter. Green shows the location of green fluorescent protein (GFP). GFP is labeling the membranes of a set of neurons called, EL interneurons.

Normally, EL interneurons express Eve and have Lateral cell bodies, which are the GFP-labeled, grape shaped clusters found above and below the red nerve bundles. In this embryo, EL interneurons lack Eve protein as seen by the lack of magenta staining inside the green cell bodies.

This image shows that as consequence of losing Eve, the overall shape of the EL interneurons change. In normal conditions, at this stage of development, EL interneurons would have grown enough such that the labeled neuronal membrane in green would appear as ladder. When Eve is absent from the ELs, this image shows that the rungs of the ladder remain, but the posts fail to properly develop and instead appear fragmented. And so, this image tells us how ELs use Eve to guide their development—some aspects of their shape are unperturbed (rungs), whereas others (posts) are abnormal. 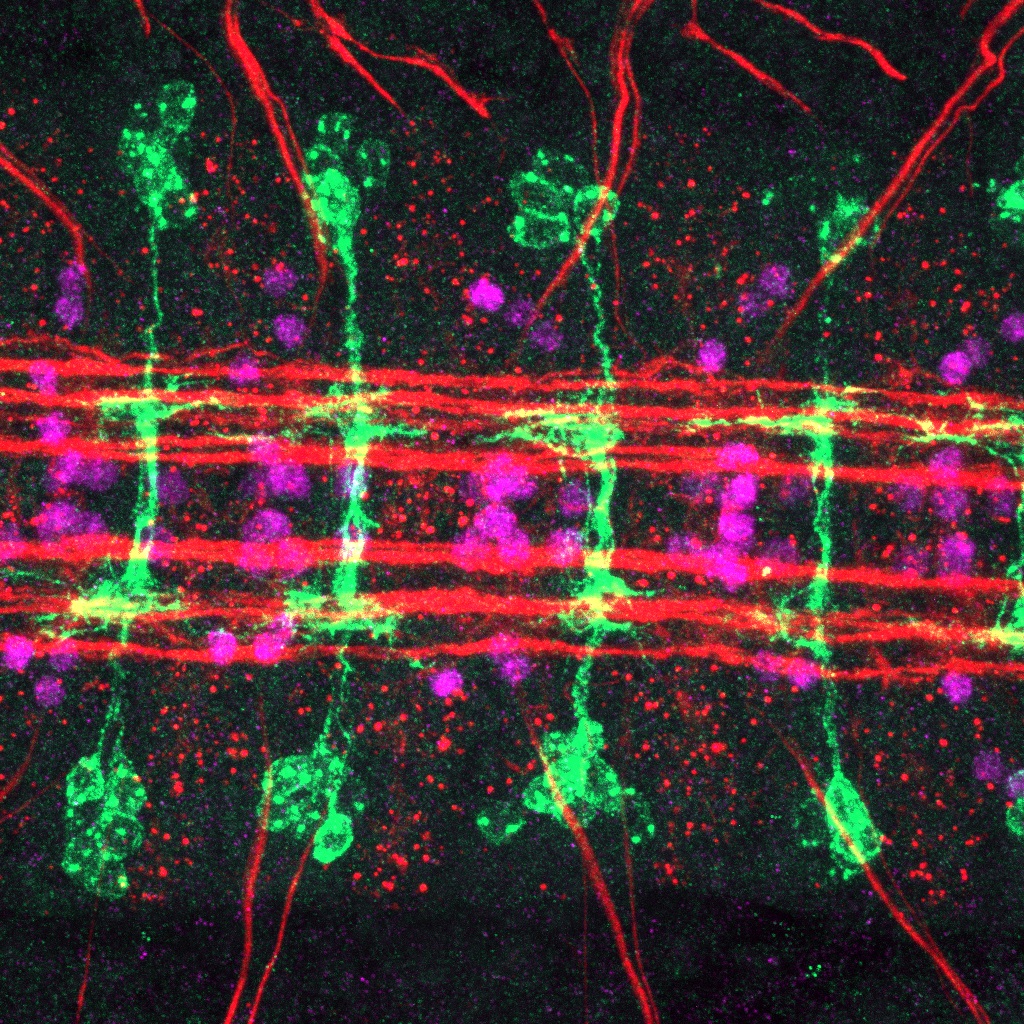 The image is a Z-projection of an image stack captured on a Zeiss LSM 800 confocal microscope. Red is anti-Fas2, Magenta is anti-Even-skipped, Green is anti-GFP, where GFP is expressed selectively in EL interneurons.