Snapshots in Neuroscience: Alcohol Actions on the Basolateral Amygdala

These images has been selected to showcase the art that neuroscience research can create.

As described by Dr. Jamie Maguire and colleagues: These images, collected using confocal microscopy, demonstrate that the GABAA receptor δ subunit (green) is expressed on parvalbumin-positive interneurons (red) in the basolateral amygdala (BLA). Given that parvalbumin interneurons in the BLA have been shown to coordinate network and behavioral states and that alcohol has been shown to act on δ subunit-containing GABAA receptors, we investigated whether alcohol was capable of altering BLA network states through actions on these specific receptor subtypes.

This study demonstrates that alcohol is capable of modulating BLA network states, an effect which involves δ subunit-containing GABAA receptors, and that there are sex differences in the ability of alcohol to influence BLA network activity which may be due to differences in the expression of these receptor subtypes.

These findings suggest a novel mechanism through which alcohol may influence the activity in networks implicated in anxiety states. 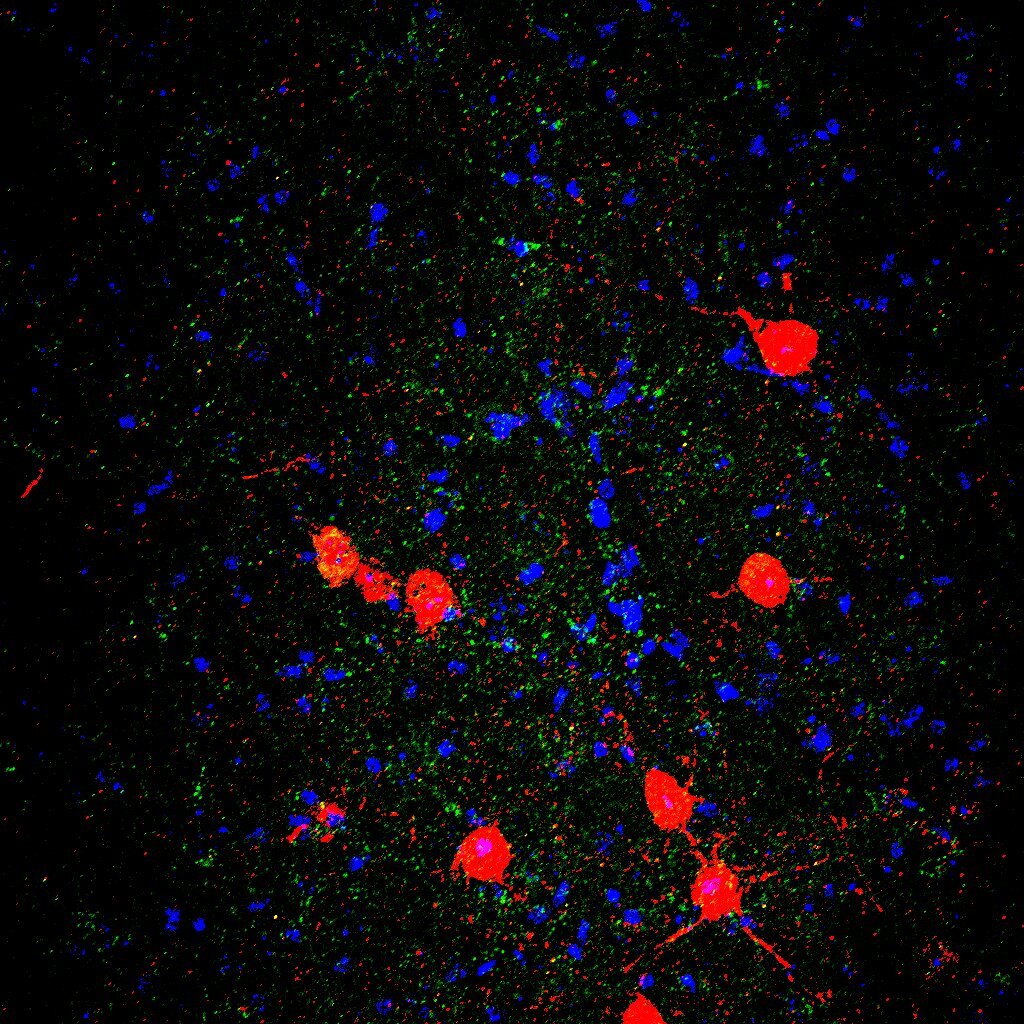 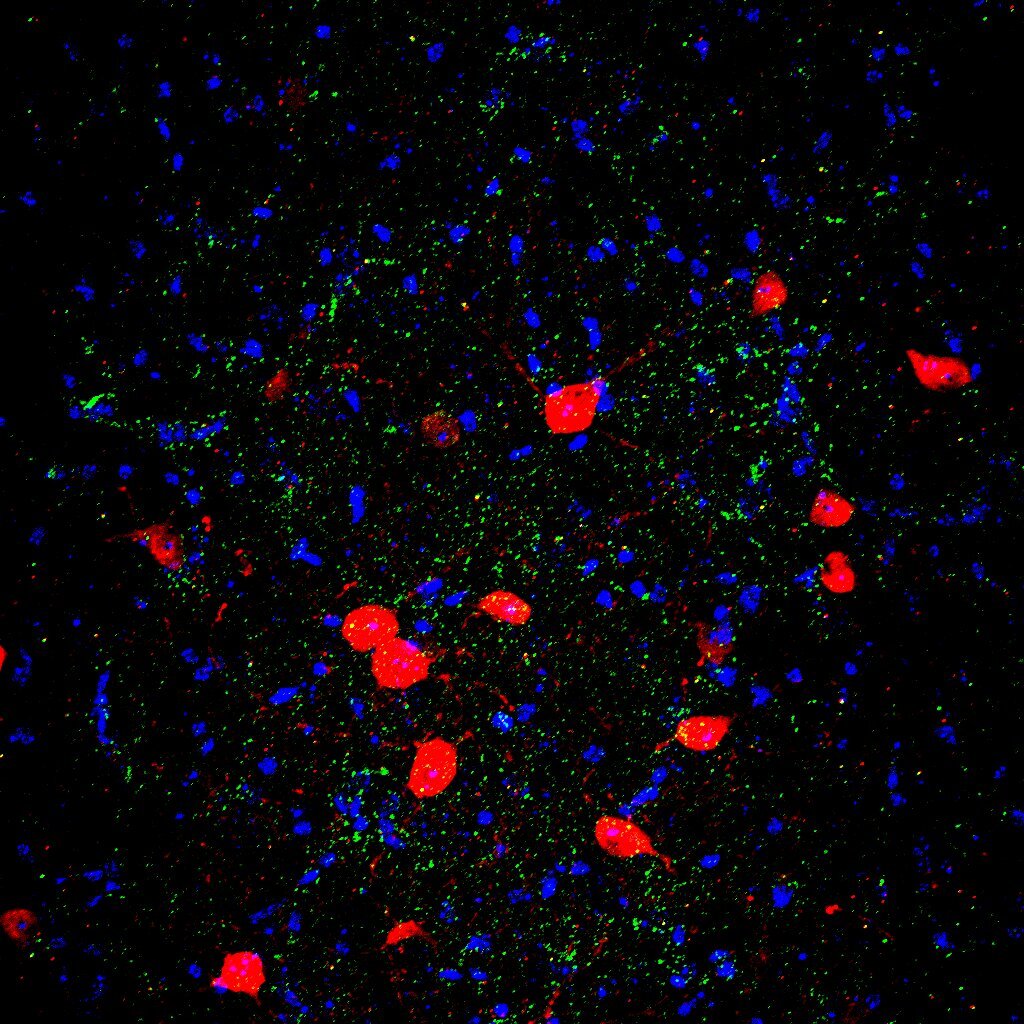 Representative images from female (top) and male (bottom) C57BL/6J mice. Fluorescent labeling of the GABAA receptor δ subunit (green) and PV interneurons (red) in the BLA was imaged on a Nikon A1R confocal microscope, and z-stacks were acquired using a 20× objective. Note the increased PV expression in males and the increased colocalization of GABAA receptor δ subunit in PV interneurons in females.