As described by Naik, Brodovskaya and colleagues: The following image is a coronal brain slice of activity reporter TRAP2 mice that labels, with tdTomato (red), neuronal ensembles active during a rewarded T-maze spatial memory task. Mice acquired the rewarded alteration memory on the second day of training because they demonstrated improved performance on the subsequent days.

A seizure prevented the recall of alteration memory and also activated memory-labeled structures. There was a widespread overlap between learning-activated ensembles and seizure-activated neurons. We propose that seizures cause retrograde amnesia by engaging the circuits that participate in memory consolidation. 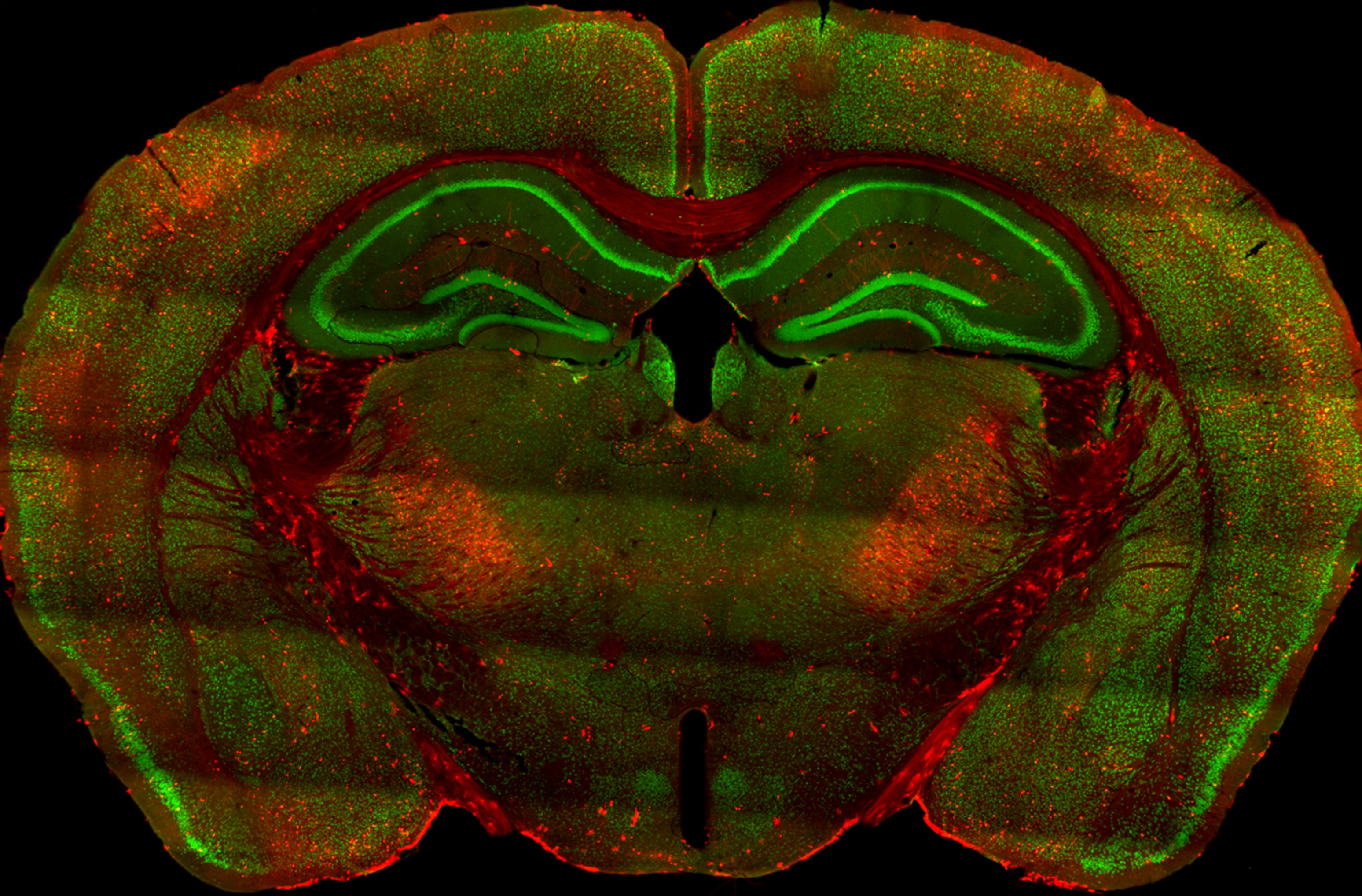