As described by Dr. Imamura and colleagues: This image shows a section of postnatal day 7 mouse olfactory bulb (OB) in which plasmids encoding fluorescent proteins were introduced at embryonic day (E) 11 with in utero electroporation. We electroporated two different plasmids, pCAG-tdTomato and pCALNL-GFP. The pCALNL-GFP plasmid expresses GFP only upon the presence of Cre recombinase. The in utero electroporation was performed on the Tbx21-Cre transgenic mouse in which the Cre recombinase expression is controlled by the Tbx21 promoter.

Since Tbx21 is exclusively expressed by OB projection neurons, mitral and tufted cells, in the mouse brain, only the OB projection neurons express GFP while tdTomato signal is also seen in the interneurons. GFP (green) and tdTomato (red) signals in the section were amplified with immunohistochemistry using anti-GFP and anti-tdTomato antibodies, respectively. All the nuclei were stained with DAPI (blue).

Using this method, we labeled the OB projection neurons generated at specific time points, E11 or E12, and demonstrated that the mitral cells having different birthdates differ in their axonal projection pattern to the olfactory cortex. 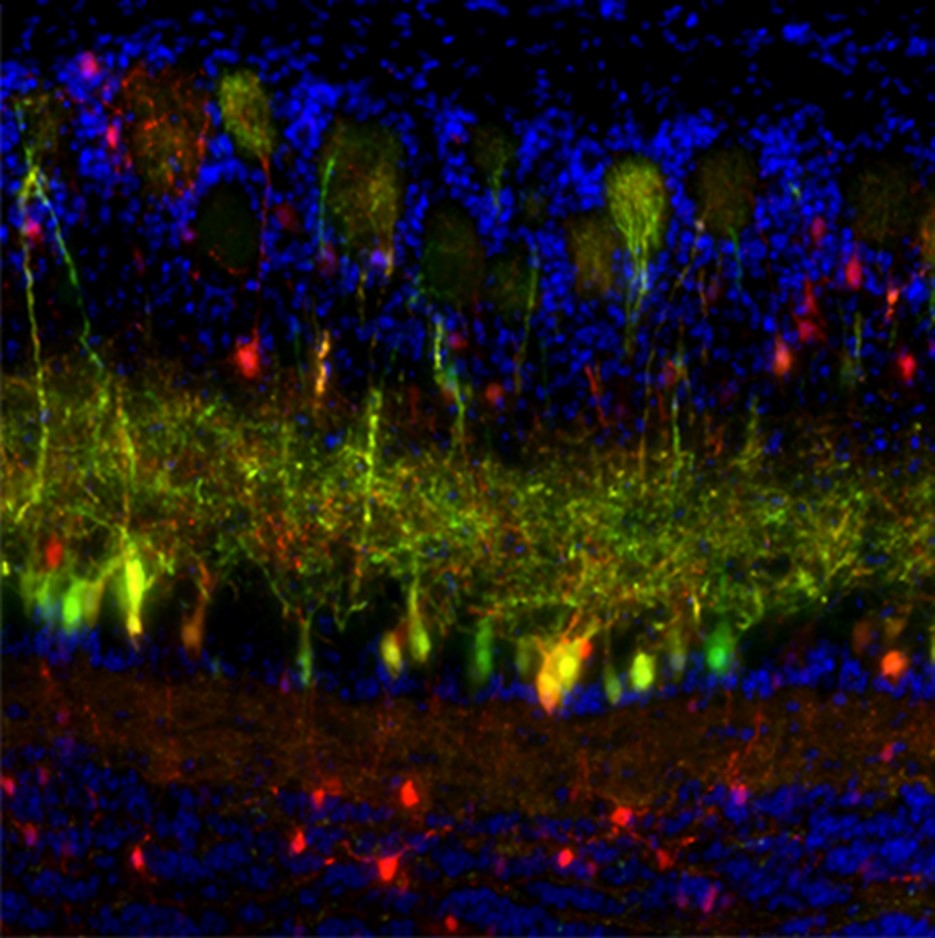 This image was captured with a Zeiss Axio Imager.M2 using a Plan Apochromat 20x/0.8 M27 objective.